You can make payment to any of our designated bank accounts 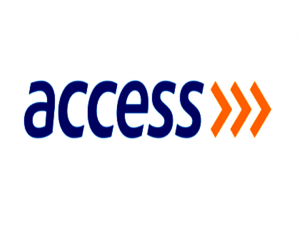 DATA PRESENTATION AND ANALYSIS AND INTERPRETATION

The aim of the project is to provide information to the public on the “effect of bank failure in Nigeria” it is geared towards bringing to light some of the activities or services rendered by the banking industry bank failure causes and the effect to it.  The project is made up of five chapters. The chapter deal with the interaction, this takes about the background information about the evolution of the banking system and bank failure. The seconding chapter deals with review of related literature in this topic high lighting different writing opinion concerning bank failure causes and bank depositors it also discusses the roles of banks in Nigeria economic development. More so the third chapter deals with the procedure and sources include background information population and sample construction of instrument the statistical method used in the analysis of the various data etc. The further chapter discusses the date analysis and interpretation it also spiffed the responses of the respondents from the various research questions. Finally chapter five provides the summary of the whole study recommendation conclusions and also area of further research

The Failure as a word means to be unsuccessful in attempts at achieving any the objectives or aspirations. Another variance to the inability, refusal fault or weakness which prevent the achievement of any set objectives or aspiration. Both of these draw attention to the operative world” unsuccessful inability refusal fault and weakness “therefore bank failure is the inability of a bank to meet its objection to it customers, owners and the economy occasional by fault or weakness in its operation which had wand it illiquid and later insolvent. There is not doubt that fraud has exasperated to desperate situation in the Nigeria Banking sectors. Fraud and embezzlement are not widespread.  Both are unturned in the fraud crises jamboree.  Furthermore, fraud in its itself may not widespread. Bank are unturned in the fraud crisis may not  be a sufficient condition for a banking crisis.  The researcher submits that extremely bad management until adverse economic conditions led to unexpected capital on flows or loan losses.  Thus even if every bank which failed is judged to have suffered from mismanagement or fraud, or operated in a over populated banking market, it may well be the case that adverse, it may well be case that adverse economic conditions will be the proximate cause of many bank failure. Employees as well as clients of firms in all industries engage in fraudulent practices all over the world.  Whilst if cannot, strictly speaking be said to be an ordinarily expected human behaviour, including the socialist societies world make one state that is an inhuman behaviour.  Although the existence of frauds in banks it not an uncommon or unexpected phenomenon, Ogwuma, P. (1985:21) says it is worrying because of all the various problems confronting the Nigerian banking industry today, that of fraud is easily the most intractable.  The banking industry worries more about fraud because of the rather obvious damaging consequences of the acts on the health and existence of the institutions. Frequent occurrence of fraud ultimately distracts the attention of the management and leads to increase running costs.  Time and emergies that would have spend improving customer services would be experienced on preventing fraud. Moonies that also would have gone into service   improvement activities would be expended in setting fraud control procedures systems. Banking industry, like others worries about fraud because it varies widely in nature, character and methodology. Moreover, the control of an identified specie seems to give birth to another that is invariably more sophisticated and complex.  Thus each case can be seen to be a variant of another and undoubtedly on instrument study in human negative use of ingenuity and endowant. According to Crosse on Hampel (1973:2420), five major types of frauds are perpetrated in bank,

THE EFFECTS OF BANK FAILURE IN NIGERIA

Fraud in banks are caused by two sources, the internal and external sources though distinguishable in theory, Adewuni (1986:2) posits that “these sources are very often not separable in practice “that is to say a unintentional (ie due to carelessness or error of judgment of an insider a bank employee0. Indeed it was affirmed by Soneye, O. O. (1985:3) that “the public believes and rightly too that most fraud in banks are with the active connivance of bank staff otherwise. How doe any boy explain for example, how a cheque drawn in favour of the federal government of Nigeria is paid into some private ones explain how a completed different institution or individual collects a draft, prepared in the name of an institution or individual? This is not an exception of the rules, it is a frequent occurrence”.  The source of frauds in bank can be classified into institutional factors/ lapses.

–     Inadequate control in the form of effective policies, procedure and systems.

–     Understaffing of branches leading to compromise of standards.

–     Overstaffing by employees on a particular schedule.

–     Poor salaries and conditions of services

–     High inter-dependence of extended family units in the nation” to buttress this, Ogwuma P. (1985:6) says, “but the pity of it is that many ordinarily honesty staff have become fraudster because of the demand and expectations of their relations and society in general while other have fallen victions of inter desire to “live up to the jobless” .

–     Misplacement of social values as what.

–     Society’s voerstation of bank staff and the desire of those live up to the standard of such a wrong images?

–     Inadequate punishment of perpetors of frau to serve as deterrent and

–     Encouragement of bank staff by outsiders.

–     Individuals and fraud syndicates. There is equally widespread concern about computer fraud mainly because of difficulty in detection until losses have reached a large scale.

1.2  STATEMENT OF THE PROBLEMS

Every country attempts how to maintain a healthy financial system because of its importance in economic growth and development of the bank failure in the society. From the beginning of banking in Nigeria there have been serious crisis of bank failure in the industry. This no doubt constitutes a set bank in our quest for economic growth and development.  Such a situation should not be allowed to continue.  To this causes of bank failure as the logical step towards formulating realistic policy to arrest the trend.

iii. Provide policy suggestions to minimize the occurrence of bank failure in the country.

H0: There no effect of bank failure in economic development of Nigeria.

H1: There effect of bank failure in economic development of Nigeria.

H0: Government contributes to the failure of some banks.

H2: Government do not contribute to the failure of some banks.

H0: There is no solution to bank failure in Nigeria economy.

H3: There is solution to bank failure in Nigeria economy.

H0: There is massive retrenchment as result of bank failure.

H4: There is no massive retrenchment as result of bank failure.

1.6 SIGNIFICANCE OF THE STUDY

The significance of this study is to achieve a great success in contributing the little the researcher can, if not a great deal in solving the bank failure problem in Nigeria which will in turn being about an immense change in the Nigeria banking sector with practical reference to standard trust bank Enugu. It is a well hope that this research work will definitely enlightening the staff an management of banks especially Standard Trust Bank Enugu.  In additional it will bring about more profitably contribution and improvement to every other bank nationwide to know their problem and locations, furthermore, this study will serve as means to tackle most of the inherent problems effectively.  Again it will help the society on large in the evens or to be as favourably side of the failures syndrome on Nigeria banks is eradicated completed. Finally, through the researcher restricted the study to Enugu State and Standard Trust Bank the result of findings will be of immense benefit to all banks in Nigeria as well as students conducting similar research on the same topic or related one.

1.7 SCOPE AND LIMITATION OF THE STUDY

BANK FAILURE: A bank failure occurs when a bank is unable to meet its obligations to its depositors or other creditors because it has become insolvent or too illiquid to meet its liabilities. More specifically, a bank usually fails economically when the market value of its assets declines to a value that is less than the market value of its liabilities.

ECONOMIC DEVELOPMENT: Economic development is the process by which a nation improves the economic, political, and social well-being of its people. The term has been used frequently by economists, politicians, and others in the 20th and 21st centuries. The concept, however, has been in existence in the West for centuries.

This research work is organized in five chapters, for easy understanding, as follows