THE EFFECT OF COMPANY INCOME TAX ON NIGERIAN ECONOMY 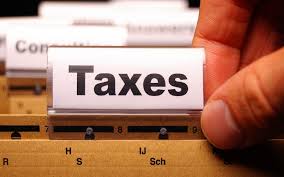 This study examined the impact of corporate income tax revenues on economic growth in Nigeria.

This study used secondary data with econometric analysis. A judgmental sampling technique was used in this study. The Central Bank of Nigeria (CBN) and the Federal Inland Revenue Service (FIRS) were selected for this study. This study uses conventional least-squares regression techniques for the analysis of secondary data obtained from statistical bulletins of the Central Bank of Nigeria using Eviews.

The result of the regression analysis reveals company income tax was statistically significant at 5% level of significance using F-statistics and other statistical parameter.

The study concludes that company income tax has significant impact on economic growth and living standard in Nigeria. The study hereby recommended tat; There should be stringent penalty imposed on any corporate body who indulge in any form of tax malpractices irrespective of states; Efforts should be intensified by the government towards increased collection of tax revenue; This can be done through blocking all loopholes in our tax laws as well as bringing more prospective tax payers into the tax net (especially the informal sector); Government through Federal Inland Revenue Service should create an effective and reliable data base for every corporate entity to minimize (if not eliminate) the incidence of tax evasion and there should be constant training and re-training of CIT administrators through seminars, conference to keep them abreast with the modern trend in tax administration.

1.1 BACKGROUND OF THE STUDY

History shows that man has been paying tax, in the olden days to the chieftains and later on to form of organized government. Before the oil boom in Nigeria, income from taxation was the major source of revenue to all level of governments (Abiola & Asiweh 2012).. Systems that enjoy some degree of economic independence are therefore less effective (Enahoro & Olabisi 2012). This economic independence can be achieved through direct taxation, collection of customs duties, fines and fees, among others (Worlu & Emeka 2012).

Taxation is one of the oldest means of financing the cost of providing basic services to the general public living in a particular area. Governments around the world have a responsibility to provide basic infrastructure for their citizens. Responsibilities or obligations that governments may have on their citizens include, but are not limited to:
Stabilize the economy, redistribute income and provide services in the form of public goods (Abiola & Asiweh, 2012). Taxation is an important source of revenue for governments around the world, and governments use tax revenues to perform traditional functions such as: for example. :
It provides roads, maintains law and order, defends against external aggression, regulates trade and business, and ensures social and economic sustenance (Appah & Eze, 2013). The primary function of the tax system is to provide sufficient funding for essential spending on goods and services provided by the government. As reviewed in (Okoye & Raymond, 2014), taxes remain one of the best tools for enhancing public sector performance and the likelihood of public debt service.

Empirical studies show that the amount of revenue available to a government to meet social and investment spending in a country depends on its ability to draw money from internal and external sources and on the nation’s development and economic development to bring about economic prosperity. shown to do. Appah (2010) found in his findings that tax revenues form the basis of most government.

Appah (2010) further stated that the economic growth and development of any nation depends on the amount of revenue generated by the government for the provision of infrastructural facilities. The highway of economic growth of most developed nations of the world is paved with revenues derived from efficient taxation system as implied by Enahoro and Olabisi, (2012).The provision of public services such as power, roads, efficient transportation system, healthcare facilities, schools, security of lives and properties and defence against internal and external aggression, are the exclusive responsibility of governments all over the world. According to Worlu and Emeka (2012), to meet these responsibilities, governments need to harness all sources of revenue available to it nationally and internationally. Reliance on external sources of revenue for developmental purposes has proved unproductive for many countries over the years, and those countries which experienced rapid social and infrastructural development around the world were found to have leveraged on revenue from efficient tax system. The Board of Inland Revenue administers the federally collected taxes through the Federal Inland Revenue Service (FIRS), while the board of state internal revenue service administers the taxes collectible by the state government and the revenue committee administers taxes and levies collectible by the Local governments (James and Moses, 2012). A good tax administration system must have efficiency and effectiveness as its watchwords. According to Kiabel and Nwoka (2009), tax administration is the responsibility of various tax authorities as defined in relevant tax legislation. However, in Nigeria, the aforementioned inefficiencies in tax administration have caused various tax problems. Abiola and Asiweh (2012) found that people working in the informal sector of the Nigerian economy do not believe they have to pay taxes despite controlling the economy, leading to tax evasion and tax avoidance. Observed. In view of the above, this study critically examines the impact of tax administration and revenue on Nigeria’s economic development.

Revenue is the main source of income for the Nigerian government today.

From the sale of crude oil and gas on domestic and international markets. In fact, it has been so for a long time in Nigeria. Unfortunately, federal revenues from other sources will never match oil revenues. This development has adversely affected the government’s ability to fulfill its constitutional, social and economic responsibilities. Other sources of income such as agriculture, manufacturing and exports have been neglected due to its heavy dependence on oil revenue. At various times in the country’s life, governments have been called upon to diversify the economy’s income base with other sources of income in order to promote economic development and reduce dependence on oil.

The inability of the Federal Internal Revenue Service to ensure full corporate tax compliance and bring all business companies into the tax net has severely limited the tax revenue contribution to economic growth. According to James and Moses (2012), the prevalence of tax evasion in the Nigerian tax system has led to declining levels of tax revenue, which undoubtedly affects government spending and economic inflation. Moreover, as noted (Leyira, Chukwuma, and Asian 2012), the capacity of the country’s current tax administration system is hampered by challenges such as lack of data, inefficient monitoring and enforcement systems, and corruption.

Problems surrounding Nigeria’s major tax reform may stem from its failure to achieve the goals it was designed to achieve. Identified several issues, including increasing federal tax administration costs. Odds with tax cannon promulgated by Adam Smith. Moreover, pervasive distortions in the tax system have undermined some of the objectives of Nigeria’s tax reform agenda, resulting in an inefficient tax system.

1.3 Purpose of the survey

The main objective of this study is to assess the impact of corporate income tax on the Nigerian economy. Specific goals are:

The questions of interest in this study are:

Based on our objectives, the following hypotheses were made to draw valid conclusions on this topic. Hypotheses are:

H1:
Corporate tax has a significant impact on economic growth in Nigeria.

Corporate tax has a significant impact on the economy of all countries as it acts as a stimulus for economic growth in the area of ​​fiscal and monetary policy. However, the Nigerian case is different. This is because corporate tax revenue is greatly underestimated due to several issues. Factors contributing to Nigeria’s poor corporate tax revenue performance include:
High rates of corporate tax evasion, poor tax administration, inadequate education of taxpayers, inconsistent government policies, lack of sufficient statistical data, insufficient labor force, and corrupt tax officials.

The study also provides a holistic approach to tax administration in the country; therefore assisting the tax administrators by shedding light on existing loopholes that tax evaders explore. In addition, researchers and academic community would also draw inspiration from the in-depth analysis and articulation of the research work.

The study seeks to analyze the effect of company income tax on economic growth in Nigeria. In order to fully capture its effect on the economy, a thorough empirical investigation will be conducted with data covering a period of 37 years i.e. 1981-2017.

The analysis that will be made in this study shall be based on time series data. The data for this study would be obtained mainly from secondary sources; particularly from Central Bank of Nigeria (CBN) publications such as the CBN Statistical Bulletin, CBN Annual Reports and Statements of Accounts, CBN Economic and Financial Review Bullion and National Bureau of Statistics publications.

The major limitation of the study is the lack of access to adequate and sufficient data from the documentations of institutions with the duty of tax administration in Nigeria. However, available data obtained from the CBN statistical bulletin and quarterly reports of FIRS for the thirty-seven years period (1981-2017) were used to analyse the relationship between the dependent and independent variables. The results is expected to be adjudged good enough to give a reasonable insight on effect of company income tax revenue on economic growth in Nigeria.

Other limitation of this study is time constraint. The time allotted for the completion of this research is not adequate based on recent and contemporary happening with respect to the impact of public debt on economic growth in Nigeria.

Finance is one of the elements that assist a good research. Financial constraint caused difficulties in the process of this research work, however, it did not hinder the research.

A regression model shall be used in the estimation. The model shall seek to investigate the effect of company income tax on economic growth(using gross domestic product as a parameter to capture economic growth) in Nigeria. This is a follow up on the objectives and hypotheses stated earlier.

The following words are operationally defined as they would be

Economic Growth: The rate of expansion in the volume of production of goods and services in an economy. It is the rate at which the Gross National Product (GNP) increases.
Company Income Tax: This is an assessment levied by a government on the profits of a company.
Nigeria Tax Authorities: This refers to the revenue collection agencies of the Federal Government of Nigeria represented by the Federal Inland Revenue Service (FIRS), State Internal Revenue Service (SIRS) and Local Government Revenue Committee.
Joint Tax Board (JTB): This is the supervisory and regulatory body that defines the scope of operation and administrative system between the various tiers of tax authorities.
Revenue: Implies resources or pool of funds available to the Federal Government of Nigeria from internal and external sources.
Tax: Obligatory transfer of financial resources from the private organisation to the public sector for common pool
Tax Administration: Refers to tax management process and procedures for the effective and efficient transfer of financial resources from the private organisation to the public pool.
Tax Justice: This refers to the tax administration transparency issues in Nigeria.
Tax Reform Policies: These are policies established by the Federal Government in Nigeria on tax administration and implementation.
Tax Consultants: These are firms employed by the Federal Government of Nigeria charged with the duties of tax administration and collection.
Tax Evasion: This refers to the deliberate failure to pay taxes usually by making false reports. It is using illegal means to avoid paying taxes. Typically, tax evasion schemes involve an individual or corporation misrepresenting their income to the Inland Revenue Service.
Tax Avoidance: This refers to the minimization of tax liability by tax payers through lawful methods. This is the legal usage of the tax regime to one’s own advantage to reduce the amount of tax that is payable by means that are within the law.
Thin Capitalization: This is a situation where firms are heavily financed through debt with the aim to pay less tax since interest on debt is an allowable expense under tax laws.