THE IMPACT OF FEDERALLY COLLECTED TAXES ON ECONOMIC GROWTH

The impact of federally collected taxes on economic growth 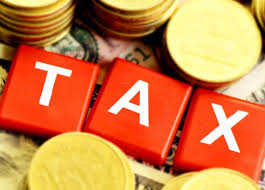 This study examined the impact of tax revenue on economic growth. This study mainly relied on secondary data from journals, textbooks, magazines, newspapers and Internet sources. A judgmental sampling technique was used in this study. The Central Bank of Nigeria (CBN) and the Federal Inland Revenue Service (FIRS) were selected for the study.

This study used both descriptive and inferential statistical analyses. Data were analyzed with SPSS v22 and the statistical tool used was the ordinary least squares (OLS) regression technique.

The result of the regression analysis reveals petroleum profit tax and capital income tax were not statistically significant at 5% level of significance, this means that irregular fluctuation in this revenue could not permit the level of economic growth required from it, in the same vein value added tax and customs and excise duties has significant impact on economic growth during the period under review.

The study concludes that federally collected revenue has significant impact on economic growth. The study recommends tat; There should be stringent penalty imposed on any individual or corporate body who indulge in any form of tax malpractices irrespective of states; Efforts should be intensified by the government towards increased collection of tax revenue this is due to the low contribution of tax revenue to GDP over the period of study; Government through Federal Inland Revenue Service should create an effective and reliable data base for every vatable persons to minimize (if not eliminate) the incidence of tax evasion and there should be constant training and re-training of VAT administrators through seminars, conference to keep them abreast with the modern trend in tax administration; Government should also be able to use taxpayers’ monies in the provision of infrastructural facilities.

1.1 Background to the Study

Income tax is one of the major sources of revenue for the federal government. The taxes collected come back to the tax payers in form of social amenities such as pipe-borne water, electricity, health centers, good roads, schools, building of market etc. These are all things they get from paying taxes.

Nightingale (1997) describes taxes as compulsory tax collections imposed by the government, in which taxpayers receive no discernible return for their contributions, yet are relatively educated, healthy and safe. It concludes that there are advantages to living in a society where

Soyode & Kajola (2006:
4) Taxation is defined as “the process of collecting and collecting taxes from taxpayers”. Taxation is one of the ways a government can fund its activities. Governments collect taxes from individuals and businesses. Organizations in the form of tax authorities: federal, state, and local governments. Never underestimate the role of taxes. Some developed countries do not have the natural resources to exploit and make significant profits. However, in developing countries like Nigeria, the tax system is reviewed and updated from time to time. Some of these reviews include the introduction of the 2008 taxpayer identification number (TIN).

Taxes are generally divided into two groups he of direct taxes and indirect taxes. Direct taxes are income and wealth taxes, not consumption or expenditure taxes. Income tax is paid by both natural and legal persons (companies), including associations of individuals. The rate of tax payable is determined for each tax year and stipulated in the annual budget. A company that is independently managed and a separate legal entity from the individual shareholders who own it also pays income tax, known as corporate income tax. Other direct taxes include tax provisions on capital gains and gifts, and an annual wealth tax.

The first traces of any form of direct taxation in Nigeria were in northern Nigeria, before the British government. The North was favored for this because it had a kind of organized central administration under the Emir, in contrast to the South, which was unorganized except for a few places in the West. In 1904, the late Sir Lugard introduced an income tax in Nigeria. It began as a local tax, which he later culminated in the Indigenous Revenue Act of 1917. In 1918, an amended ordinance extended the provisions of his 1917 ordinance to southern Nigeria. The first ordinances applied to Abeokuta in Ogun State and the city of Benin in Edo State, and in 1928 to Eastern Nigeria. Income taxation in Nigeria only began in his 1940s when direct taxation was incorporated into the Indigenous Revenue Acts of 1917, 1918 and 1928.

Compliant with Cap Ordinance No. 4 of 1940. Native Peoples Ordinance Cap 74 of 1923 and Native Peoples Direct Taxation (Colonies) – Ordinance No. 41 of 1937 is repealed. However, this ordinance was discriminatory as it applied to indigenous peoples elsewhere in Nigeria, namely outside Lagos City. No. 29 regulated the valuation of income for non-African residents outside Lagos, and for African and non-African residents living in Lagos. . After the Income Tax Ordinance of 1943, there were no major changes to the tax system until 1956.

However, the northern region did not pass its own income tax law until 1962 when he did. All local tax laws formed the basis for income taxes in all states that later emerged from the region. In the Lagos Federal Territory, the Income Tax Act 1943 was in effect until the Individual Income Tax Act 1961 (Lagos) Act 1961 was enacted by the federal government. It was his 1961 statute that created a separate law governing the income and profits of both individuals and businesses, namely the Income Tax Administration Act (ITMA). and the Corporate Income Tax Act (CITA). The Oil Profit Ordinance was passed in 1959 but came into force on 1 January 1958. To date, a large number of tax laws have been enacted in Nigeria.

Economic growth occurs when an economy’s productive potential increases and is best measured by the increase in a country’s real level of production over a period of time. H. Increase in Real Gross Domestic Product. Economic development is the process of improving the lives of all people in the country. It is also about promoting attributes such as self-esteem, dignity, respect and self-determination over one’s life, as well as living standards such as increased availability of goods and services (and the ability to purchase them). Nigeria is Africa’s largest economy. Services are the largest economic sector, accounting for about 50% of total GDP. One of the fastest growing sectors in the service industry is information and communications, which together account for about 10% of total production. Agriculture, once the largest sector, now accounts for about 23%. Crude oil and natural gas account for only 11% of total GDP, despite being the country’s main exports. Industry and construction account for the remaining 16% of GDP.

There is no general consensus among academics about the contribution of federal tax revenues to national economic growth. For example, Ariyo (1997), in his study of the Nigerian tax system, documented satisfactory levels of productivity in the tax system before the oil boom, while Festus and Samuel (2007) found that economic activity and growth The role of federal tax revenue in stimulating GDP is not felt in Nigeria. Two studies reflect that the oil boom has not improved the country’s economy since before the oil boom. There were satisfactory levels, and growth and economic activity deteriorated after the boom.

It turns out that the taxes collected by the federal government do not really meet the goal of contributing to Nigeria’s economic development and growth.Taxpayers. Therefore, they are essential to conduct this study.

The primary objective of the study was to assess the impact of federal taxes on the Nigerian economy and determine its contribution to the growth and development of the national economy.

Hypothesis 3:
H0= VAT has little to do with the growth and development (GDP) of the Nigerian economy.

Hypothesis 4:
H0=There is no close relationship between tariffs and excise taxes and Nigeria’s economic growth and development (GDP).

Tax revenue is one source of government revenue. It achieves economic growth, maintains economic balance by combating the elements of recession, inflation or deflation, achieves a fair distribution of income and wealth, addresses poverty and promotes socioeconomic development. can be used to Federal tax revenue affects Nigeria’s economic growth. This research enlightens individuals and organizations. Government on the Impact of Federal Income Taxes on Economic Growth and Development in Nigeria. The findings will also inform policy guidance to the Nigerian government and policy makers. This topic also serves as a guide for further study by scholars, students, and researchers.

The scope of this study included the impact of federal taxes on economic growth and development over a 17-year period (2000-2017). Examine the evolution of corporate income taxes, petroleum taxes, customs and excise taxes, and value added taxes over time

The purpose of this study was to examine the impact of federal tax collection on Nigeria’s economic growth.

To accomplish this, two variables were identified in this study. These are the independent and dependent variables. The independent variable is Federal collected tax generated in Nigeria and the following dimensions are used as proxies:
Corporate Income Tax (CIT), Petroleum Profit Tax (PPT), Customs and Excise Duty (CED), Value Added Tax (VAT). The dependent variable, on the other hand, is economic growth (EG) as measured by Nigeria’s Gross Domestic Product (GDP).

The following models are used

The above functional relationship is the fundamental function of federal tax impact on Nigeria’s economic growth.

Nightingale (1997) describes taxes as compulsory tax collections imposed by the government, in which taxpayers receive no discernible return for their contributions, yet are relatively educated, healthy and safe. It concludes that there are advantages to living in a society where

Taxation is defined as the process of collecting and collecting taxes from taxpayers.

It occurs when an economy’s potential output increases and is best measured by the increase in a country’s real output level over a period of time. H. Increase in Real Gross Domestic Product.

This is a process that will improve the lives of everyone in the country. It is also about promoting attributes such as self-esteem, dignity, respect and self-determination over one’s life, as well as living standards such as increased availability of goods and services (and the ability to purchase them).