THE ROLE OF OONI OF IFE IN CULTURAL DEVELOPMENT 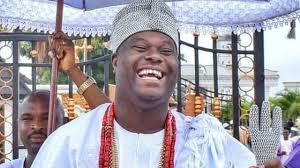 The uniqueness of every group of individual is her identity and history, which is a symbol and an image of which they are identified. The ancient city of IleIfe in south-western Nigeria, presents several paradoxes. Till date, its significance in the totality of the culture of the Yoruba race, continues to conflict with many of the requirements of a modernizing city. Also, the recent internecine war between Ifes and neighboring Modakekes, has created environmental scarification, schisms in physical alignments and influenced aberrations in both the process and actual fabric of the city’s urbanization. To accomplish the aim, questionnaires were administered on the stakeholders: traditional royal stools, museum staff and families of ancient priests (owners of sacred sites) to elicit information. The data obtained were analyzed using simple descriptive and inferential statistics. The study confirmed that the special properties‟ (sacred heritages) owners and royal stool (traditional rulers) are the most participating stakeholders in the management of cultural properties in Yorubaland. 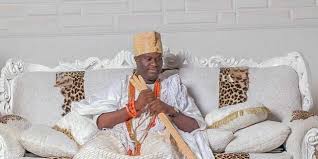 1.1 Background of the study

The Yoruba of Nigeria are from the south west namely Ogun, Osun, Ondo, Ekiti, Oyo, Lagos, Kwara and Kogi states with fragments in Edo and Delta States (Oduduwa Books of Records, 2014). Yoruba is one of the oldest and largest cultural groups in Africa. The ethnographic composition of the Yoruba speakers has been established way back before the discovery of their art works. Yoruba is one of the most populous single ethnic group in Nigeria with a population figure of over fifty[50 million people (Oduduwa Books of Records, 2014).The Yoruba speakers interacted with each other for long, so they have common historical experiences, avenues of trade, cultural interactions which reflected in their cultural affiliations. These commercial prowess and genius in their religion, food, costumes, dance, music, extinct Ife arts and other crafts, architecture and traditions are evident even in their present day cultural affiliation. The Yoruba speakers have a highly organized cultural and political institution ever before contact with the Europeans. Art right from traditional to contemporary times in the Yoruba culture has always played a significant role. The Yoruba royal monarchs are known and addressed by their titles, for example: Ooni Ife, Alaafin Oyo, Alake Egba, Olubadan, Ado Ekiti, Olowo, Owa Obokun, and so on. Ife, an ancient city in the southwestern state of Osun that is considered the ancestral and spiritual home of Nigeria‘s second-largest ethnic group, the Yoruba. Nothing, not even a hint of a breeze stirs the thick mid-afternoon air. The origins of the Ifes are lost in antiquity. According to Biobaku (1955: 21), the town was probably founded between the 7th and 10th centuries AD; Jeffrey (1958: 21-23) opines that it had become a flourishing civilization by the 11th Century. Carbon-dating appears to endorse these views, as it establishes that Ife “was a settlement of substantial size between the 9th and 12th centuries” (Willett, 1971: 367). Without prejudice to the issue of dating, controversy surrounds the actual founding of the town, as the two popular viewpoints are diametrically opposed: one school of thought recognizes the existence of settlements before the rise to prominence of Oduduwa, the legendary warrior and founding father of the Yoruba; the other, a creation myth, is anchored on viewing Oduduwa as the progenitor of the whole human race (Johnson, 2001: 15; Obateru, 2006: 110), sent by his father Olodumare (the Creator God), to a hitherto formless earth. Ile-Ife was where he started carrying out the mandate to establish settlements. The traditional Ife city, schematically, could be described as a wheel, with the oba’s palace as the hub, from which roads radiated like spokes, and in relation to which the en-framing town wall represented the rim (Krapf-Askari, 1969: 3; Obateru, 2006: 164). Still in conformity with classical morphology, the Ife palace frontage also accommodated a community square. [One of the original concepts for this settlement formation, as explained by Johnson (2001: 90-91), centres on incidental evolution based on a location servicing a popular demand for transit refreshment; in time, this could grow to become a major trading outpost, consequent upon which the leading citizen became the baale (or oloja – “custodian of the market”), with a house built for him by communal effort, overlooking the market. As such, the classical Yoruba town was invariably characterized by the principal market being centrally-located, and in front of the paramount ruler’s house – reminiscent of classical Hellenic Greek (Wycherly, 1967: 7) and MiddleEastern practices (Ismail, 1972: 109)]. As the traditional capital of Yoruba-land, during the Golden Age of its evolution (i.e. 1086-1793), Ile-Ife teemed with religious, civil and military leaders (the nobles) and “an assemblage of artisans and skilled craftsmen” (Obateru, 2006: 27). At the peak of this period, Obateru (2006: 141) estimates that the city had a population of between 64,000 and 94,000. The relatively large population (a conventional index for urban ratings) was another characteristic of Yoruba settlements, as, throughout their history, they have tended to favour large social aggregations. (Obateru puts the figure for Old Oyo, during the same period, at between 200,000 and 826,000). Histo-culturally, Ife’s prominence hinges on two significant phenomena: the first, already mentioned, is that for the Yoruba (at home and in the diaspora) it symbolizes the genesis of the totality of their ethnicity. (The town is popularly referred to as orisun – the source of – Yoruba). As such – particularly in matters of traditional belief systems and mode of worship – the town is a reference-cumrallying-point. Secondly, with art historians and archaeologists (like Frobenius and Willett) spotlighting the ancient city’s exquisite artworks (in bronze and terracotta), the potential for authentic ethnological studies of Yoruba culture – and by extension, Negro culture – has heightened the town’s socio-cultural value. 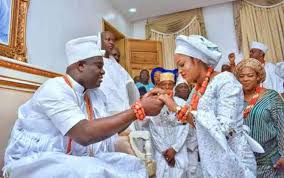 1.2 STATEMENT OF THE PROBLEM

In a society suffering from prolonged conflict (religious, ethnic or communal), the integrating of cultures (people, customs, mores) through education seems to be a hopeful and lasting initiative for conflict resolution. Ife and Modakeke are neighboring communities in Osun State Nigeria, which have engaged in protracted communal violence and intra-ethnic conflict. Asiyanbola (2007) asserted that so far, there had been seven major wars between the Ifes and Modakekes, that is- 1835-1849, 1882-1909, 1946- 1949, 1981, 1983, 1997-1998, and 2000. Based on this, the conflict appears to be the oldest intra-ethnic conflict in Nigeria because it has been going on for more than a century. Also, Augsburger (2002) and Omotayo (2005) concluded that the conflict has become its own raison deter; its own self-empowered, and self-fulfilling, as it had since detached from its original cause. It is against this backdrop that the researcher intend to investigate the role of the OONI of Ife in cultural development of the Ife people, 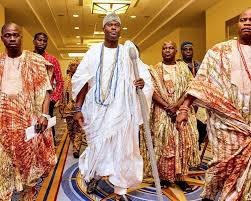 1.3 OBJECTIVE OF THE STUDY

The main objective of this study is to investigate the role of OONI of Ife in cultural development,  but to aid the completion of the study, the researcher intends to achieve the following specific objective; 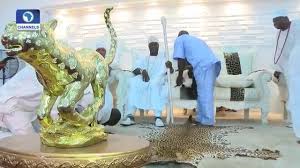 The following research questions were formulated by the researcher to aid the completion of the study; 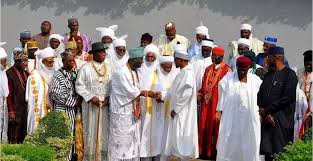 1.5 SIGNIFICANCE OF THE STUDY 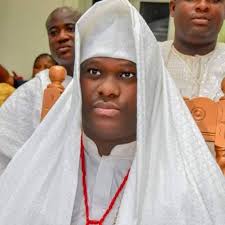 1.6 SCOPE AND LIMITATION OF THE STUDY 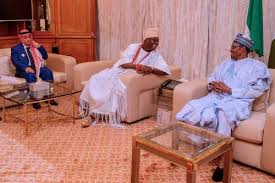 is the traditional ruler of Ile-Ife. This Nigerian town is seen as the cradle of the Yoruba people. The Ooni dynasties go back hundreds of years. Because the oral tradition was only recently transcribed there are several detailed lists that contradict each other.

The arts, beliefs, customs, institutions, and other products of human work and thought considered as a unit, especially with regard to a particular time or social group: Edwardian culture; Japanese culture, Yoruba culture 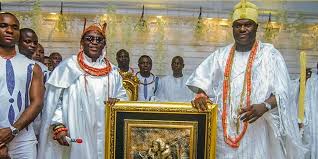 This research work is organized in five chapters for easy understanding as follows Chapter one is concern with the introduction which consist of the (overview, of the study), statement of problem, objectives of the study, research question, significance or the study, research methodology, definition of terms and historical background of the study. Chapter two highlights the theoretical framework on which the study it’s based thus the review of related literature. Chapter three deals on the research design and methodology adopted in the study. Chapter four concentrate on the data collection and analysis and presentation of finding.  Chapter five gives summary, conclusion and recommendations made of the study.

THIS MATERIAL IS READY AND AVAILABLE FOR #3,000 ONLY.

MAKE PAYMENT TO GET THE COMPLETE MATERIALS INSTANTLY