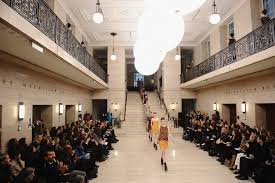 The aim of this study was to evaluate the Uga Microfinance Bank in Aguata L.G.A Anambra State. Three research questions were formulated and tested. The specific objectives are to determine a centralized location, comfortable spaces and good design in Microfinance Bank. The result was obtained using questionnaire method, which was carefully analyzed. The population is 364 in number, where random sampling method were used to obtain a sample size of 36 which represent 10% and 35 were returned. From the data collected, it was discovered that there is need for another location, functional spaces and re-designing of Uga Microfinance Bank.

1.1  BACKGROUND OF THE STUDY

The history of micro financing can be traced back as long to the middle of the 1800s when the theorist Lysander Spooner was writing over the benefits from small credits to entrepreneurs and farmers as a way getting the people out of poverty. But it was at the end of World War II with Marshall Plan the concept had a big impact. The today use of the expression micro financing has it roots in the 1970s when organizations, such as Grameen Bank of Bangladesh with the microfinance pioneer Mohammad Yunus, where starting and shaping the modern industry of microfinancing (Wikipedia 2015).

In United States, microfinance institutions were developed in 1980s. They served low income and marginalized minority communities. By 2007, there were 500 microfinance organizations operating in the US with 200 lending capital (Wikipedia 2015).  In Africa the first credit union in Africa was established in Northern Ghana in 1955 by Canadian Catholic missionaries. However, susu, which is one of the micro finance schemes in Ghana, is thought to have originated from Nigeria and spread to Ghana in the early twentieth century.

1.2 STATEMENT OF THE PROBLEMS

Despite the importance of micro finance bank to the community, there has been complaint form both staff and customers regarding to

The aim of this study is to evaluate the location design and space of Uga micro finance bank building.